With the NHL on a COVID hiatus this fall, many Canadian hockey fans have taken the opportunity to reflect on the great history of the game. Given my passion for hockey history and memorialization, a blog post about headstones for hockey players is long overdue. And, given the excitement of the news that the NHL is expected to return in the new year, this is a good time to share 5 Headstones for Hockey Players: 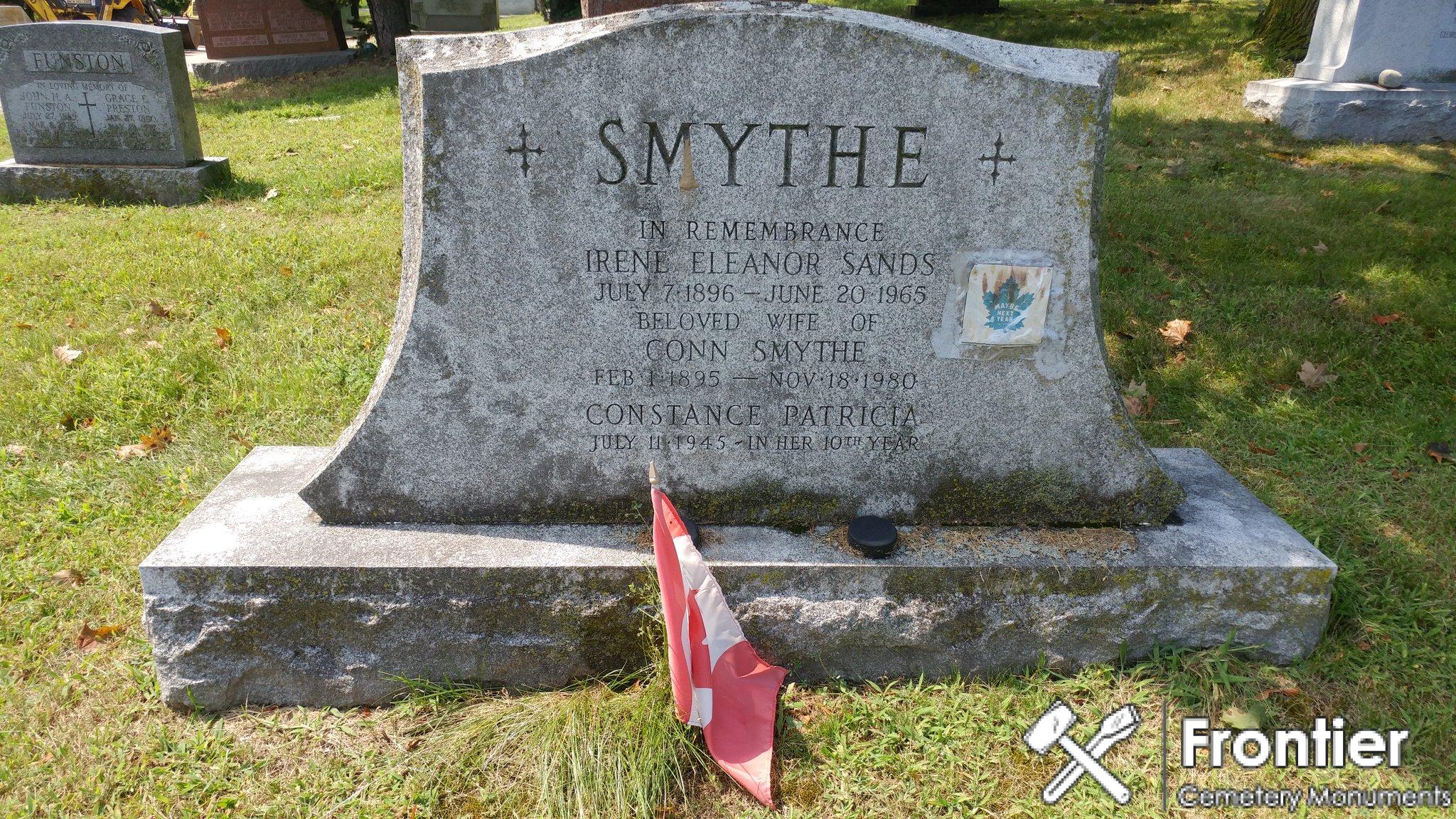 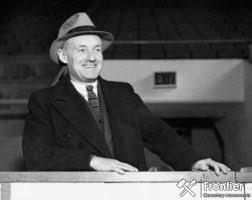 It is hard to imagine a greater example of Canadian manliness than Conn Smythe. He was an elite hockey player, who chose to serve his country in the First World War during the prime of his career. Upon returning from service, Smythe proved to be a savvy entrepreneur who through a series of moves, ended up owning the Toronto Maple Leafs and building Maple Leaf Gardens.

Truly a Canadian icon. He was buried in Park Lawn cemetery in Toronto where he is memorialized by a fairly simple, yet classy headstone. 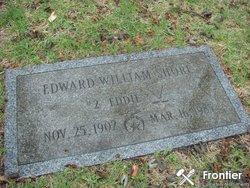 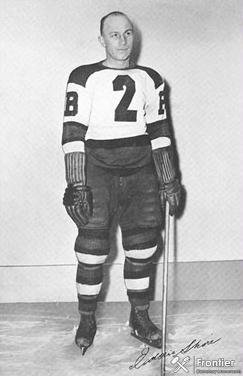 It is hard to watch the likes of Miro Heiskanen, Quinn Hughes and Cale Makar in this year’s NHL playoffs without paying homage to the original ‘puck-moving’ defenceman, Eddie Shore. Born in Fort Qu’appelle, Saskatchewan, Shore went on to win a plethora of Norris Trophies and Stanley Cups with the Boston Bruins during his Hall of Fame NHL career.

Eddie Shore passed away in 1985 and was laid to rest in Hillcrest Park Cemetery in Springfield, Massachusetts. Shore’s marker is fairly modest, but is personalized with his iconic number 2 and hockey sticks to tell the story of his love of the game. 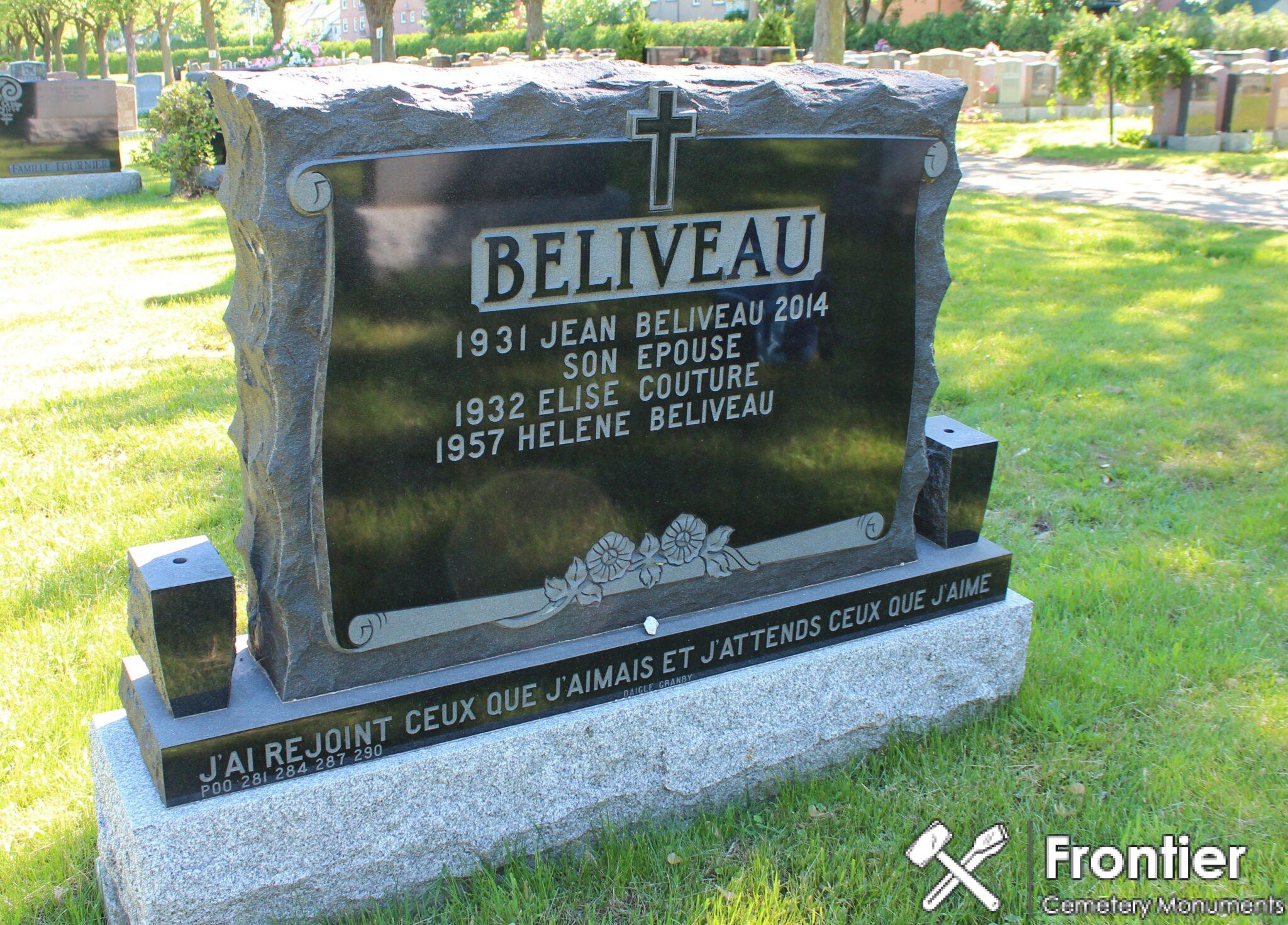 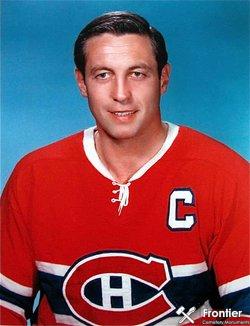 Aside from being known for winning an astounding 10 Stanley Cups with the Montreal Canadiens, Jean Beliveau was known across the NHL as one of the classiest players to ever lace up his skates. He remained a focal point of the Canadiens organization, right up until his passing in 2014.

Beliveau was buried at Cimetière Saint-Antoine-de-Padoue. His headstone is very well-crafted and is a terrific reflection of who he was as a person.

First class all the way. 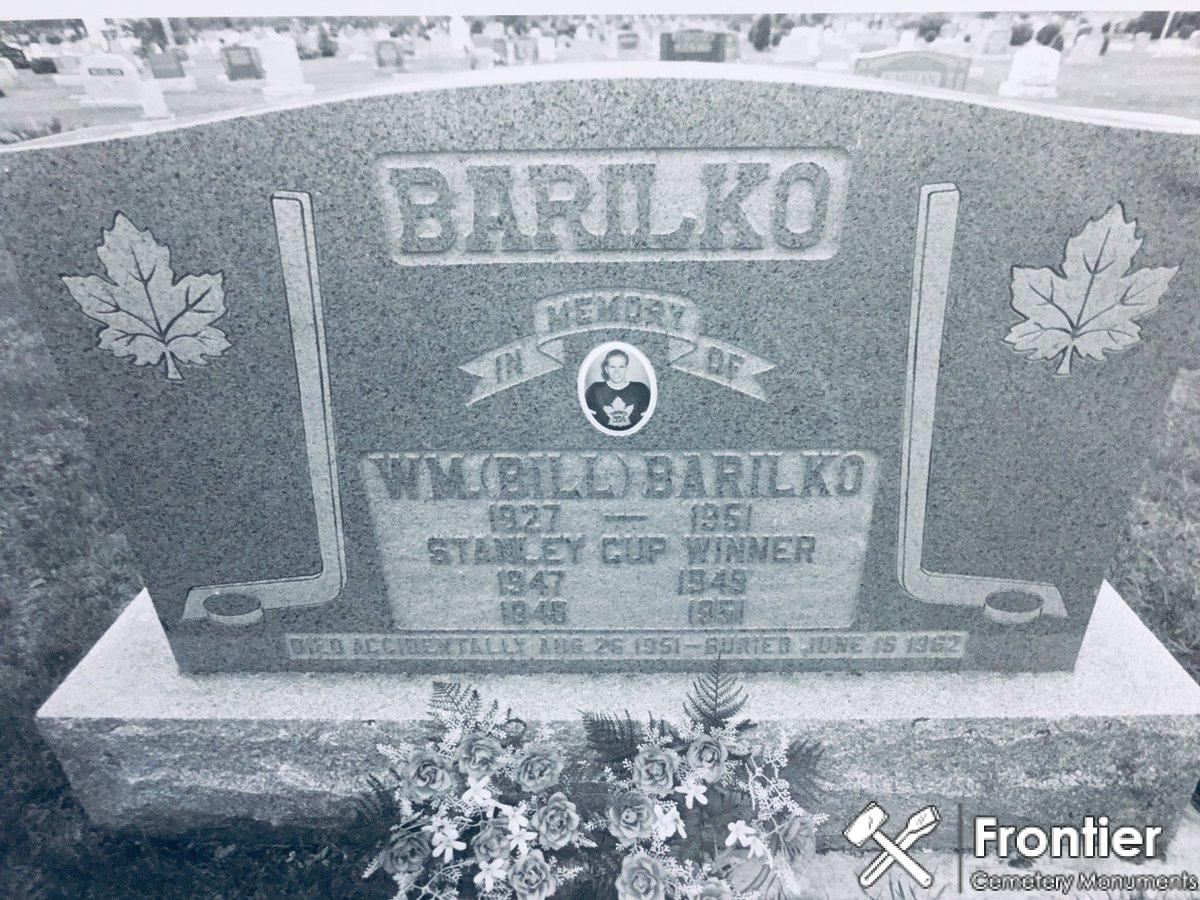 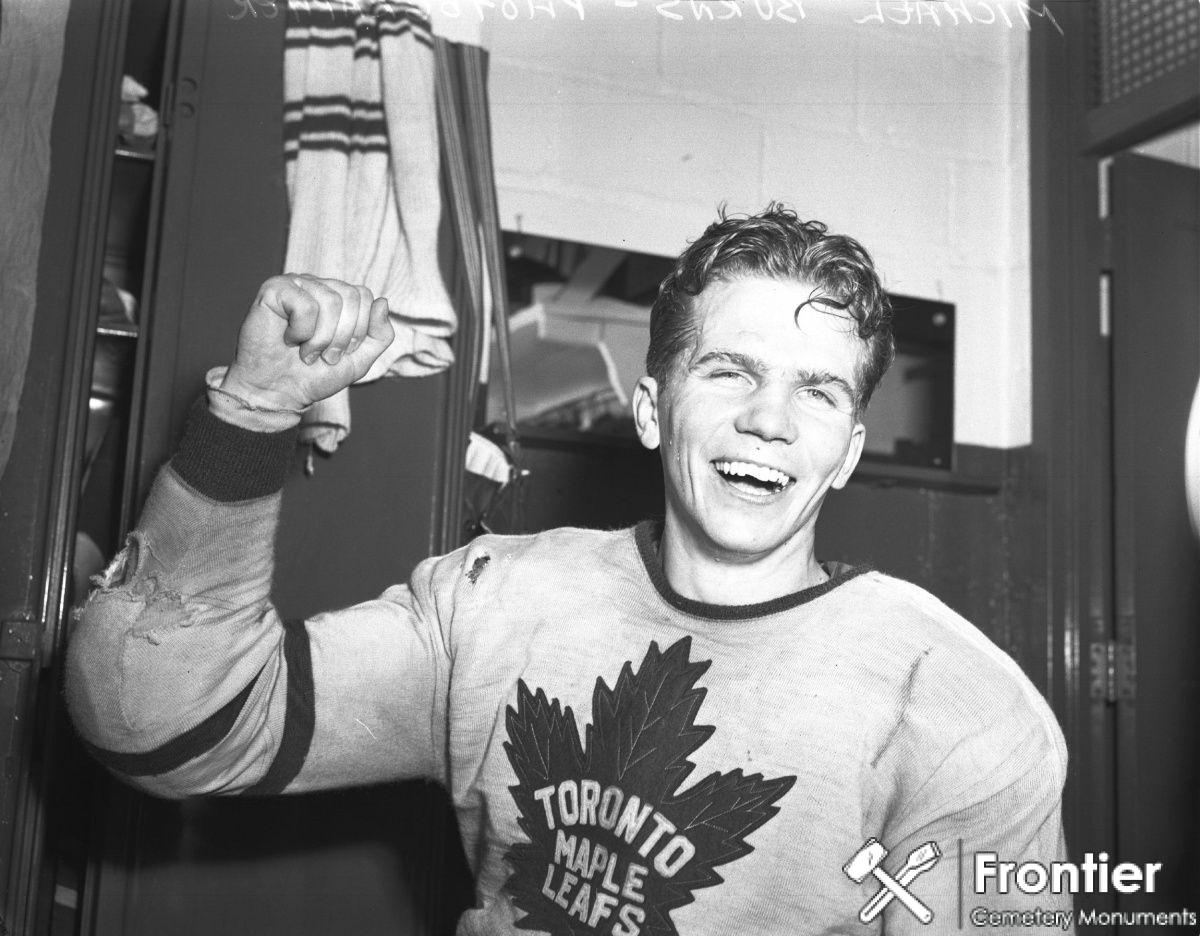 Bill Barilko is a mythical figure in the history of hockey. He scored the winning goal in the 1951 Stanley Cup final for the Toronto Maple Leafs. Later that summer, he was tragically killed in a plane crash . The wreckage of the plane wasn’t discovered until 1962, coinciding with the next time the Leafs won the cup. His story inspired the Tragically Hip song, Fifty Mission Cap.

Barilko’s headstone in  Timmins Memorial Cemetery in Timmins, Ontario is a great tribute to a hockey player. It features hockey sticks, a list of his Stanley Cup wins and a picture of Barilko in uniform. 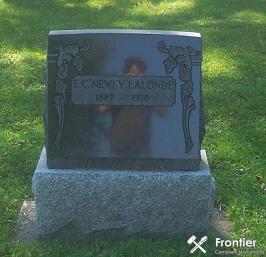 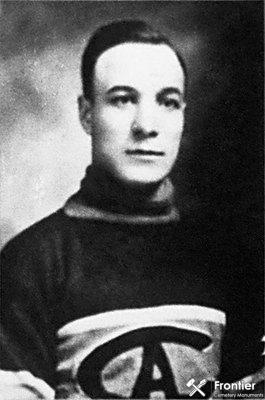 But, as a self-professed hockey history nerd, I know what a huge impact this former printer’s apprentice had during the early days of professional hockey. Lalonde initially played in several different professional leagues, including a stint with the WCHL’s Saskatoon Sheiks. Lalonde is most famous for being one of the original French Canadian stars to suit up for the bleu, blanc et rouge (Montreal Canadiens). He was inducted into the Hockey Hall of Fame in 1950.

His headstone in St. Columbans Cemetery in Cornwall, Ontario is fairly modest considering all that “Newsy” accomplished in his hockey career.

From fairly modest, to creative tributes, headstones for hockey players help keep the history of the game alive for generations to come.