No matter if you were a basketball fan or not, the recent death of Los Angeles Lakers legend Kobe Bryant was shocking news. Passing away at such a young age, we are left feeling sad that he died far too soon with much more to give.

Memorial gestures and services have taken place across the sports and entertainment world. At some point, there will likely be a significant monument or statue erected to pay permanent tribute to a person who meant so much to so many.

This got me thinking about other monuments and headstones in honour of our sports heroes who have passed away. Here are 5 Headstones for Famous Athletes:

“Air McNair” left his mark on the NFL during his career with the Houston Oilers, Tenessee Titans and Baltimore Ravens. He led the Titans to a Super Bowl appearance that memorably came down to the last play of the game and was the first African American quarterback to win the AP NFL MVP.

McNair was tragically murdered in 2009, just two years after his retirement from the NFL. Fittingly, McNair’s headstone is shaped like a football, located in Griffith Cemetery in Jefferson Davis County, Mississippi. 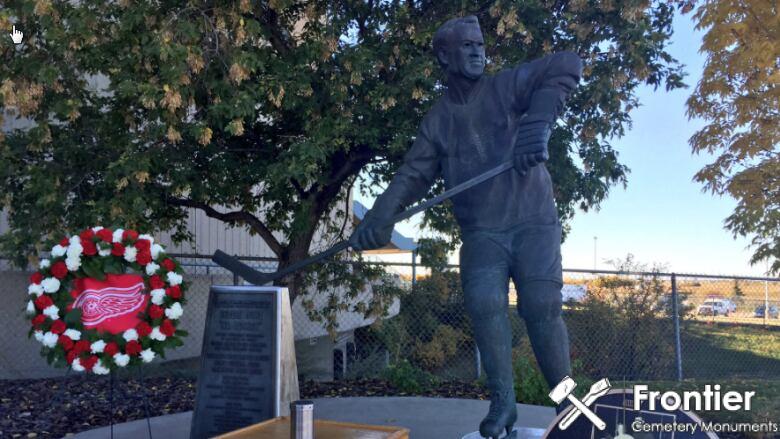 Known for his longevity, skill… and elbows… Gordie Howe is widely regarded as one of the top-5 hockey players of all-time.

After his passing in 2016, the legendary Detroit Red Wings star known as “Mr. Hockey” was cremated. After a large funeral in the Motor City, his ashes were placed in the base of his bronze statue which proudly stands outside of the Sasktel Centre in his hometown of Saskatoon, Saskatchewan. 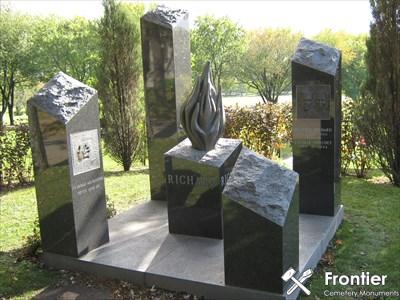 The Rocket’s fearless style of play made him one of the greatest goal scorers of all-time and an 8-time Stanley Cup champion. But more importantly for many French Canadians, he was a folk hero and role model for the people of Quebec.

After his passing in 2000, Richard was laid to rest in the historic Mount Royal Cemetery in Montreal. An elaborate granite and bronze memorial was designed, featuring a flame in the centre. The flame is symbolic of his connection to the Montreal Canadiens, who often refer to generations of players “passing the torch”. 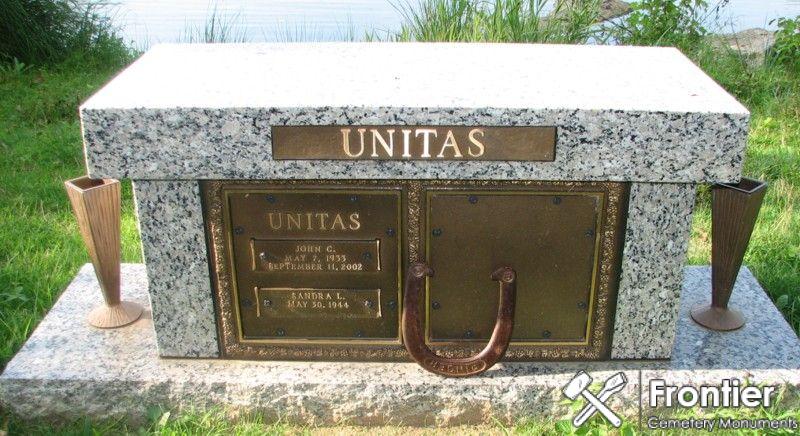 The Baltimore Colts star quarterback was a three-time NFL MVP and was behind centre for the winning team of “the greatest game ever played” (1958 NFL Championship Game).

After his passing in 2002, Unitas’ ashes were placed in a personal columbarium in Dulaney Valley Memorial Gardens in Timonium, Maryland. While his monument is a fairly standard design, the horseshoe placed on the base is a nice finishing touch as a tribute to his career with the Baltimore Colts.

Perhaps known more for the coffee and donut chain that he founded, Tim Horton played 24 seasons in the National Hockey League for the Toronto Maple Leafs, New York Rangers, Pittsburgh Penguins and Buffalo Sabres. In 2017, he was named one of the top-100 players of all-time by the NHL.

Horton was tragically killed in a car accident while driving home from a game in Toronto in 1974. He was laid to rest in York Cemetery in Toronto, where a unique and tastefully designed “H” shaped headstone was placed in honour of the legendary hockey player and entrepreneur.

From standard to unique – and everywhere in between – the stories of our sports heroes are memorialized in cemeteries and arenas across the world. An inspiring reminder of the timeless need as a society to remember the past and inspire future generations.